Wildcard Gaming just joined up with the Legend himself, “LegendOfGamer”. He is a long time Youtuber, carrying over 209k subscribers, and live streamer with over 1 and a half million views. He plays a selection of games from League of Legends to Mortal Kombat to, well, everything in between. His voice will take away all of your problems; while his face remains a mystery, over 9 years in the making. Wildcard took a moment to sit down and talk to Legend to get some insight into just who is the man behind the mysterious face.

Let’s talk about the elephant in the room. Why so secretive about revealing what you look like IRL?

This is always a funny question for me because of how simple the answer is. When I first started my channel, I had to make sure that if I grew even just a little bit, it was because I made good content.

I didn't want to be another face in front of a webcam doing what everyone else was doing and I honestly don't think my face offers much to the presentation of the content. To be honest, I have severe "RBF," (resting b*tch face) so although my voice sounds very animated when I'm playing games, my face does not often match that energy.

I like the fact that I keep the focus on the games because that is what this is all about at the end of the day.

Has anyone who knows you as LegendOfGamer caught an IRL glimpse of you? We know you have been teasing it as far back as 2012 and have a handful of “subscriber-only” videos with face reveal keywords, but is it true?

No one to my knowledge has caught a glimpse of my face.

I did have a brief moment in Gamestop years ago when I was stopped by a girl that asked if I made Youtube videos to which I politely said no and walked away, but aside from that nothing has happened.

In 2010 you posted your first video, which now carries over 6k views, but how many people actually watch it way back then?

I'm not aware of how my original content has been treated over the years. That was a time of trial and error, uncertainty, and fun all wrapped in one. I never made a big deal about views in the beginning when first starting out, in the middle when I was getting much more than that, or now, so whoever watched it, watched it.

I do know a decent amount of those views came in the later years based off of comments such as "A Legend was born."

What keeps you motivated to post more content seeing as you have been at it for so long?

If you look back to when it all started, from your first video game, to now, what moment stands out that solidified that you are doing what you love?

I've been gaming since I was 3 years old and I’ve had countless moments that I could recall that still fill me with a fondness and warmth that is hard to recreate today. One moment that stands out, and delivers a bit of irony, was completing my first play through of The Legend Of Zelda: Ocarina Of Time.

The reason why this moment matters is because I recorded it using a VCR so I could watch it all over when I was done and trust me, I watched it plenty of times that day alone. I guess you could say I was a content creator before the term was even conceived and, of course at the time, I had no idea I was going to be doing something similar on the internet many years later, but the irony is beautiful.

I, as a child, watched Lion King over 100 times taping paper to the TV to trace the characters, so I totally get that. When did you start to move into live streaming?

Shortly after sinking my teeth into competitive gaming in 2014, I upgraded my internet solely for the purpose of live streaming and juggled both for 3+ years. Live streaming made sense to me because you can only interact with your audience so much in video form, at some point, you need to build a bridge and let those people get an idea of your personality and what you believe in.

As soon as I got a taste of live streaming, I was hooked. I quickly became less of a viewer and more of a creator, but I do still enjoy being a spectator every now and then.

Who is your favorite streamer and Youtuber? It can be more than one, if need be, but no more than 3!

My favorite streamer and Youtuber is LegendOfGamer.

I like to keep my goals to myself most of the time, but 2019 is all about effort. Going into 2020 and beyond knowing that I have no "what if" thoughts in my mind is very important to me.

Any tips for someone reading this that is considering Youtube or streaming?

I could give you a million different tips that I feel could guide you down a less destructive path, but at the end of the day the following tips will never not be true:

- Do not get into this for money or popularity

- Make sure you love this, before it loves you, or you will fail one way or another

- Meet the standard in terms of audio and video quality

- Be yourself. The last thing we need around here are clones. Understand that your personality is unique and that makes it valuable; trying to be like other people is doing a disservice to yourself and those that watch you.

How did you find Wildcard Gaming?

I was scrolling through Twitch and found Danucd, who also popped up randomly in my Youtube recommendations, so I clicked and watched for a bit. I saw the Wildcard logo below and decided to take a look, which got me interested enough to reach out, and here we are.

Outside of streaming what do you enjoy most?

Exercising, gaming, spending time with my favorite people, and learning as much as I can.

You can catch LegendofGamer on Youtube or streaming weekdays/weekends starting at 5PM EST! 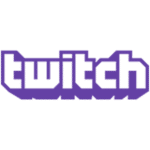 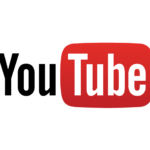 Did you catch the Chicken Dinner from our PUBG MOB