The cards were in our favor this weekend and let me be the first to tell you: If you missed it, you need to go watch it. Even if you watched it live, go watch it again! Let all those amazing plays stew in your brain as there’s a lot to digest. Shine Series 2019 was nuts and first off- I had the opportunity to be there in person and watch everything unfold live. With huge upsets, shocking plays, and some well deserved wins it was for sure one of the most exciting things I’ve witnessed while working with Wildcard. This weekend was one for the Brawlhalla history books!

Truthfully I have no clue where to start. Typically when I sit down to write about Wildcard’s weekend I start with the least impressive/important information first but I mean- This weekend Wildcard was King and the deck was, in fact, stacked. I suppose we can start off with a minor story to Shine’s madness: Sandstorm took 25th place in Smash Ultimate. While 25th doesn’t sound too impressive consider this- He took out some big Smash names and caused quite the upset in the process! Every time he played, Brawlhalla seemed to pause as the community went to cheer him on and cause general tilt to whomever he was facing. While Twitch viewers may have been confused when tuning in to see Smash, it was still quite exciting! 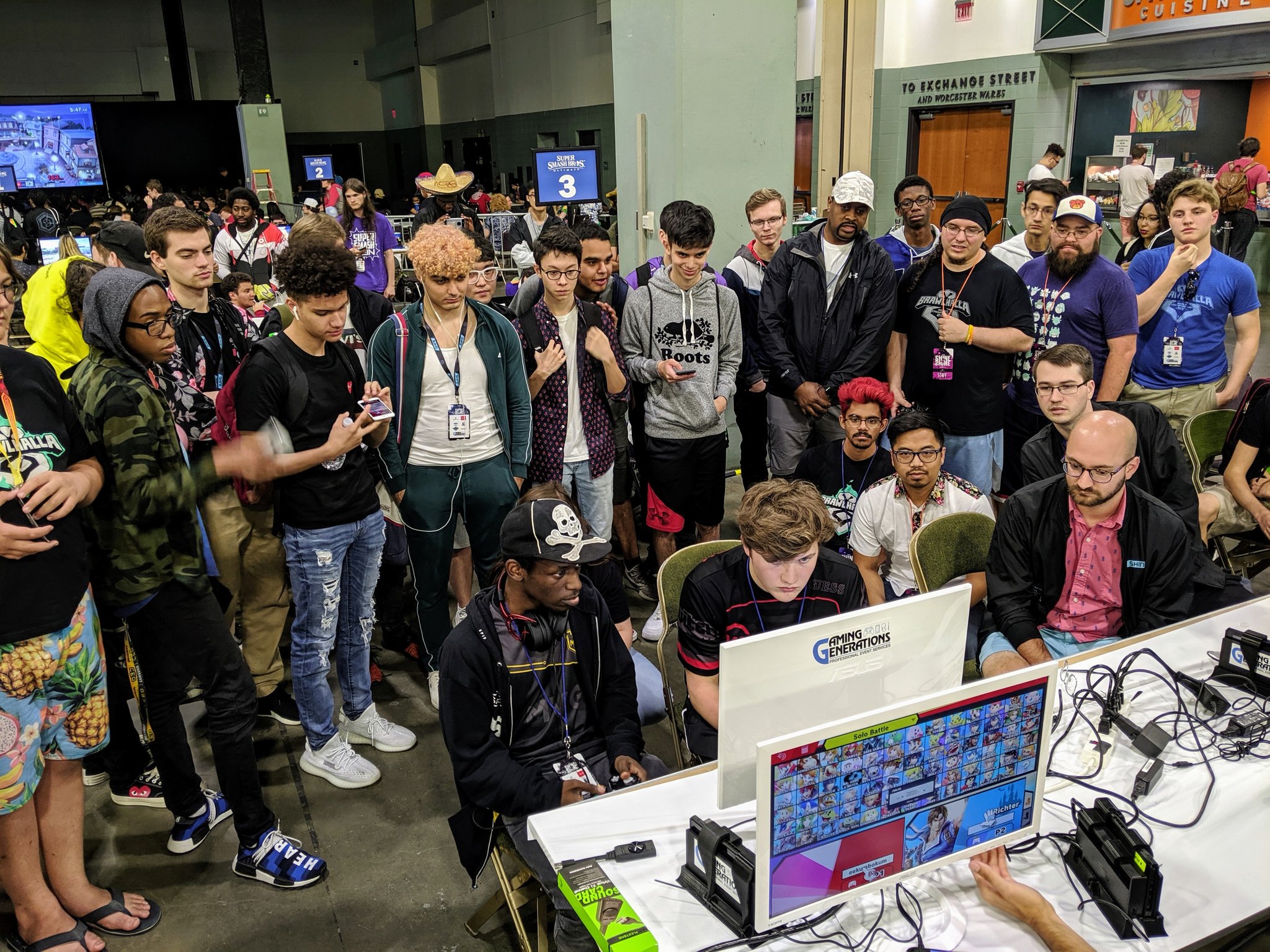 But, back to brawlhalla…

First a big, big congratulations to wrenchd for finally taking home that coveted LAN win he’s been working so incredibly hard for. This guy has always been nuts, a total force to be reckoned with, and this is everyone’s official warning: He’s only going to get better! He met Sandstorm in the Grand Finals for a heart stopping fight, one that had literally everyone in the Brawlhalla side of the venue at the edge of their seats. I mean people were crowding around the stage basically biting their nails as they tried to stop themselves from losing their minds.

However- Before we discuss the big end to singles, let’s recap some of the notable plays that brought us to the standoff we’ve seen so many times before. Both Sandstorm and wrenchd were totally in the zone. You could tell by their focus and how they were playing that neither of them were going to settle for anything less than a podium finish. Both of them were facing off with some big names we all know and just destroying them all.

Sandstorm had a huge win early on in singles against Brazil’s #1 player, Fiend, in a shockingly fast 3-0 set. Nearly everything that followed for the Champ was a cakewalk as he took everyone out with ease right up until he met wrenchd and finally got knocked into the lower bracket, shocking the crowd and setting the tone for the rest of singles. Sandstorm climbed his way out of losers, taking down noeL who placed 3rd and claiming his spot in the Grand Finals to face off with wrenchd once more.

The Grand Finals started off rocky for wrenchd, the set turning in Sandstorms favor as he came out the gate with a strong 2-0. The reset was an impending doom and everyone watching knew that if wrenchd had to play through a reset it was more than likely GG. But he did it! He pulled it off and took the third and fourth game for himself proving to everyone that his head was in the right place and unlike the handful of Wildcard Grand Finals we’ve watched before he wasn’t going to let Sandstorm tilt him. When it came down to the final game, a reset or a win riding on it’s back, the crowd was silent with anticipation.

We watched the stocks constantly flip back and forth between the two powerhouses and finally we came down to a heart stopping tie- Both players were at their final stock in the fifth game. You could immediately see the shift in game play as neither player wanted to over step their boundaries. There was nothing but respect being shown for each other’s skill and what was even more exciting is there was just no way to tell who would win. Then it happened! Wrenchd got an unarmed Sandstorm and the rest was history…

Now in doubles we saw yet another Wildcard grand final, however this came as a much bigger surprise than seeing our boys in singles together. As usual Sandstorm teamed up with Tempo Storm’s Boomie and we saw wrenchd play with his recent team mate, Halocline’s Cosolix. As we know boomstorm make a scary duo! With several LAN wins under their belt facing off against them must be nerve wracking. But, on the other side of Wildcard, wrenchd and Cosolix really surprised everyone! It was clear they have been hard at work practicing as their synergy was top notch. The team made it all the way to the Winner’s finals only to be knocked into the lower bracket by boomstorm. They then faced off against the last LAN doubles winners Phazon and Remmy. After playing an intense 3-2 game they turned around to battle Sandstorm and Boomie again in the Grand Finals. While their teamwork was clear it wasn’t enough to take out the all star team and they eventually fell to Sandstorm and Boomie, 3-0.

At the end of it all Wildcard is so beyond proud of our players. Their skill and consistency is something to be feared and respected and they are always repping that #stackthedeck pride! We can’t wait to see what happens at the next LAN, which is Dreamhack Montreal. Will wrenchd hold his new title or will Sandstorm come back with a vengeance? Guess we’ll have to watch and find out. You can tune in to watch Dreamhack live September 6th – 8th at https://wildcard.gg/brawlhalla/.

And now, what you’ve all been waiting for, right? The winner of the caption contest we held this weekend! If you missed it, we asked Brawlhalla fans to caption this gif of Sandstorm (Feat. Cosolix). Sassy boy, isn’t he? This clip had everyone at Wildcard dying and we wanted to see what our fans thought. What does the winner get, you ask? A super awesome metadev Bodvar skin code! We asked Sandstorm to sort through nearly 200 submissions and choose his favorite.

Drumroll please… The winner is, as determined by Sandstorm himself…

We’ll be contacting the winner with that code shortly! Do you think Wildcard should have more contests like this one? Let us know in the comments!