After a 5th place finish on the first boss in Battle of Dazar’Alor, ‘The Champion of Light’, the Wildcard Gaming Raiders quickly came up against the second boss, ‘Grong’. Even with BDG, Limit, Vision, and Consequence having a slight lead over our boys, Wildcard pulled together and down the Monkey King in 2 short attempts. Wildcard Gaming ranked World 8th last split in Uldir and with the recent World First Heroic Jaina Proudmoore Kill and now, the World First Mythic Grong Kill tells us that the boys have come out to play and they are very serious about top 5 World in Battle of Dazar’Alor.

“I’ve been working really closely with the World of Warcraft Team lately and it’s a heart pounding moment to see them close in on the last chunk of health,” says William Lucas, Partnerships Director for Wildcard Gaming. “Many of us in this industry grew up playing or around Blizzard’s Immortal MMO, and I feel as though watching these guys compete for World First brings me back to my childhood. Everytime these guys take to the raid, they are learning and improving and it’s so exciting to have the former Easy guild with us.”

Wildcard Gaming World of Warcraft had a record breaking day this afternoon, peaking at 25,000 concurrent viewers during the Conclave Fight (5th Boss) and we are excited to go into this evening currently holding 6 boss kills out of the total 9.

The World of Warcraft boys are looking for that 7th Boss Kill on the King of the ‘Mek Engineers’ as we speak, can they do it? Watch the boys live on our Wildcard Gaming World of Warcraft Page right here, RIGHT NOW!

Without further adieu, the money shots!!!

Champion of the Light: 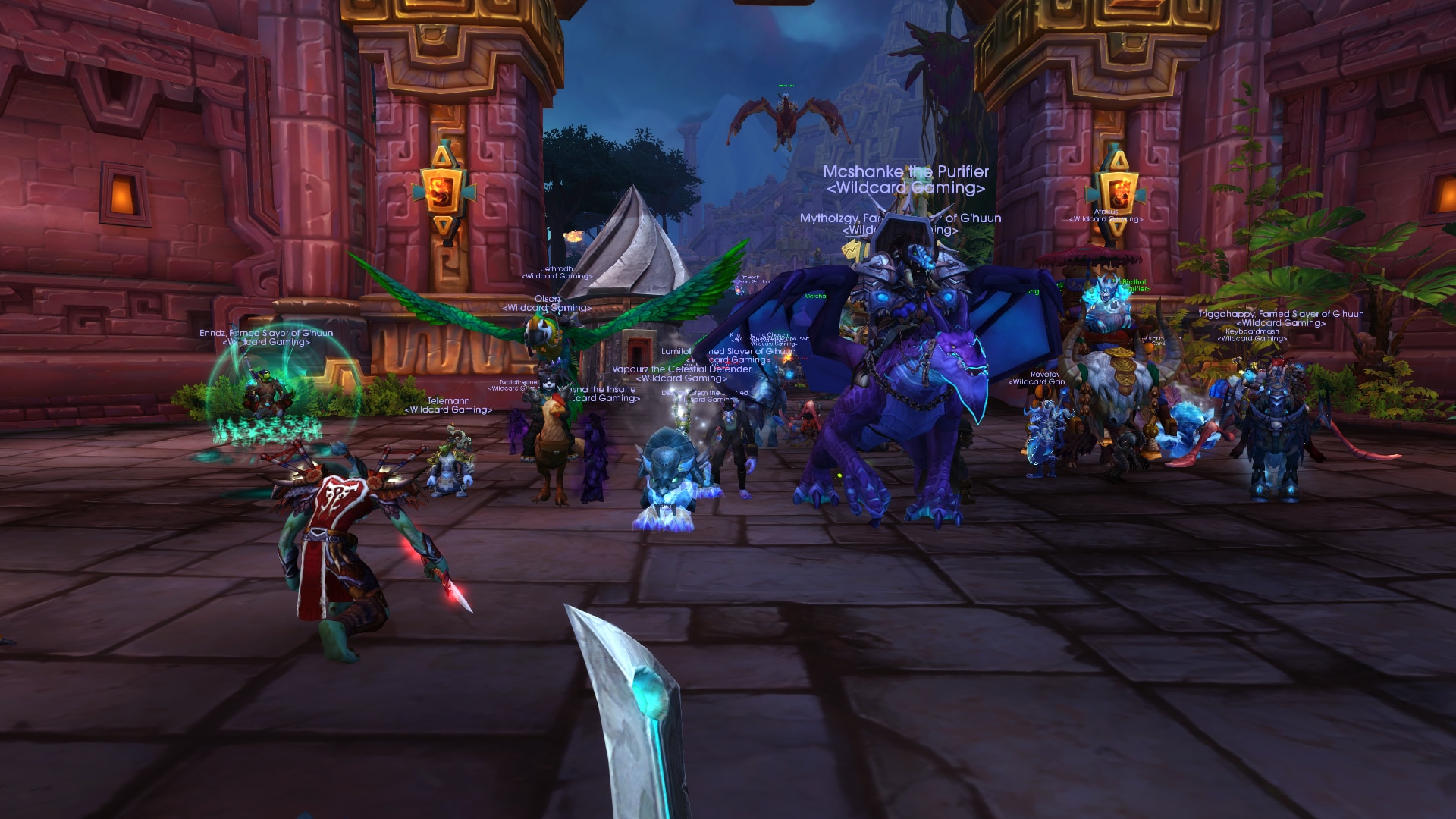 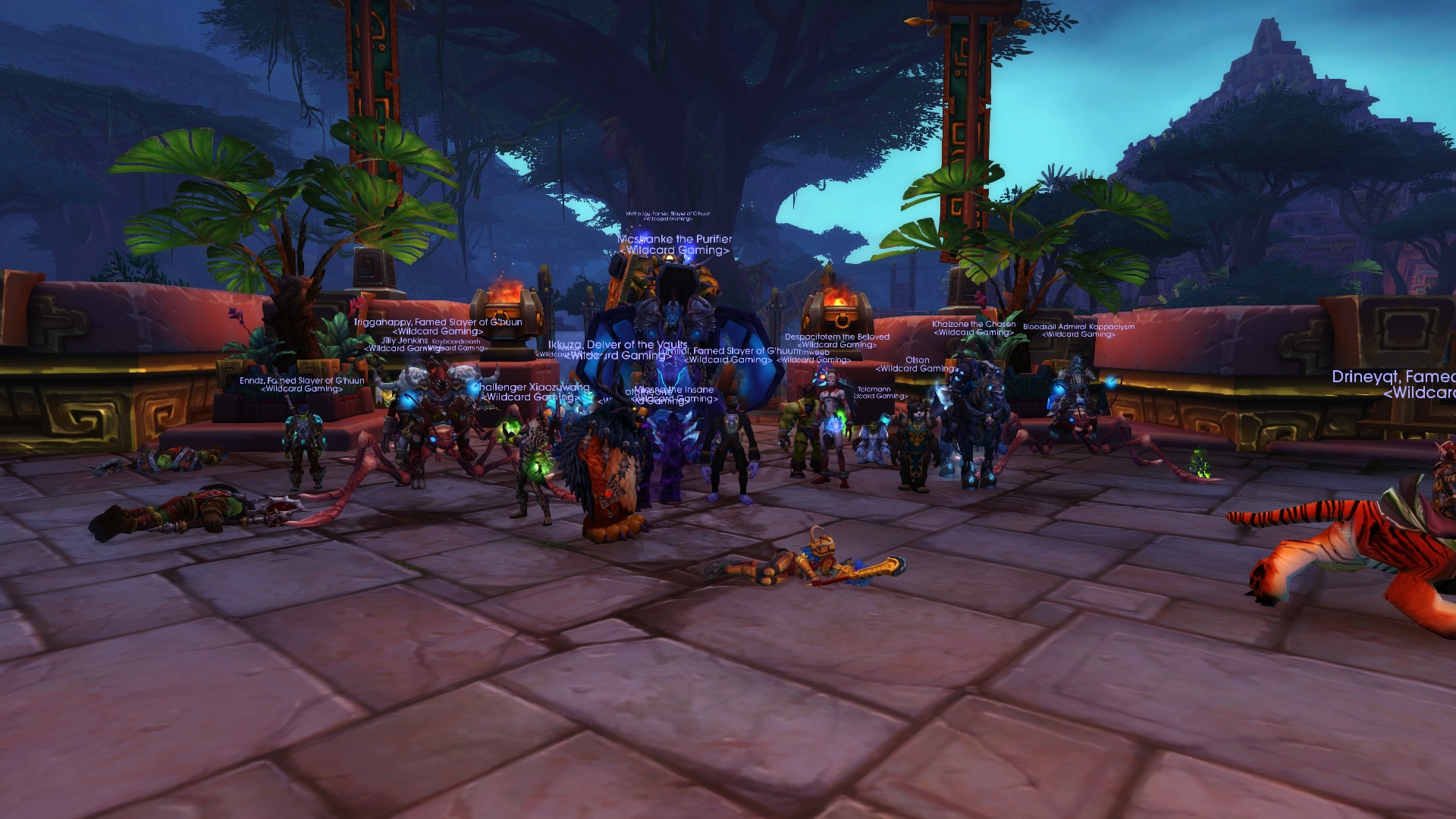 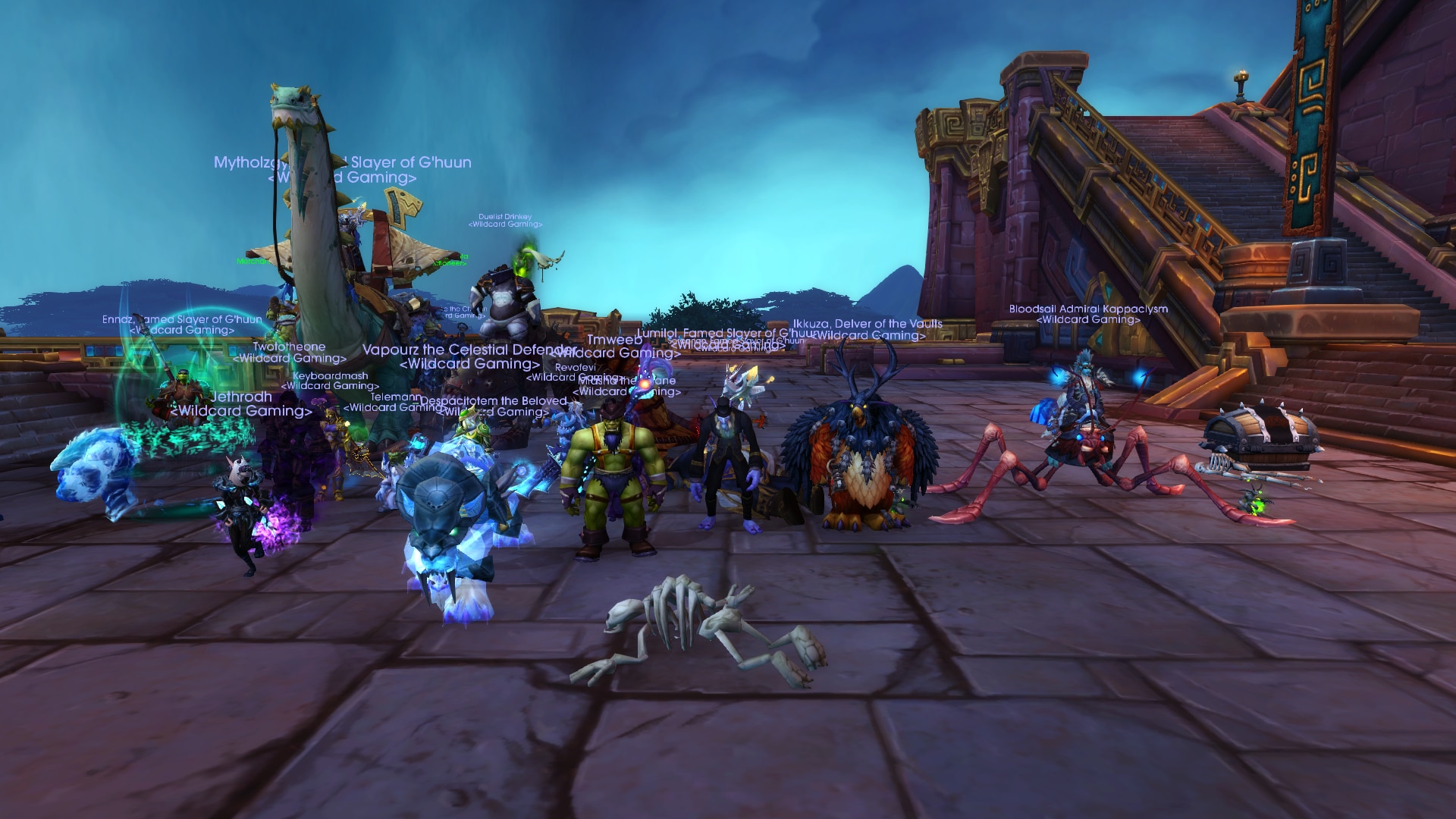 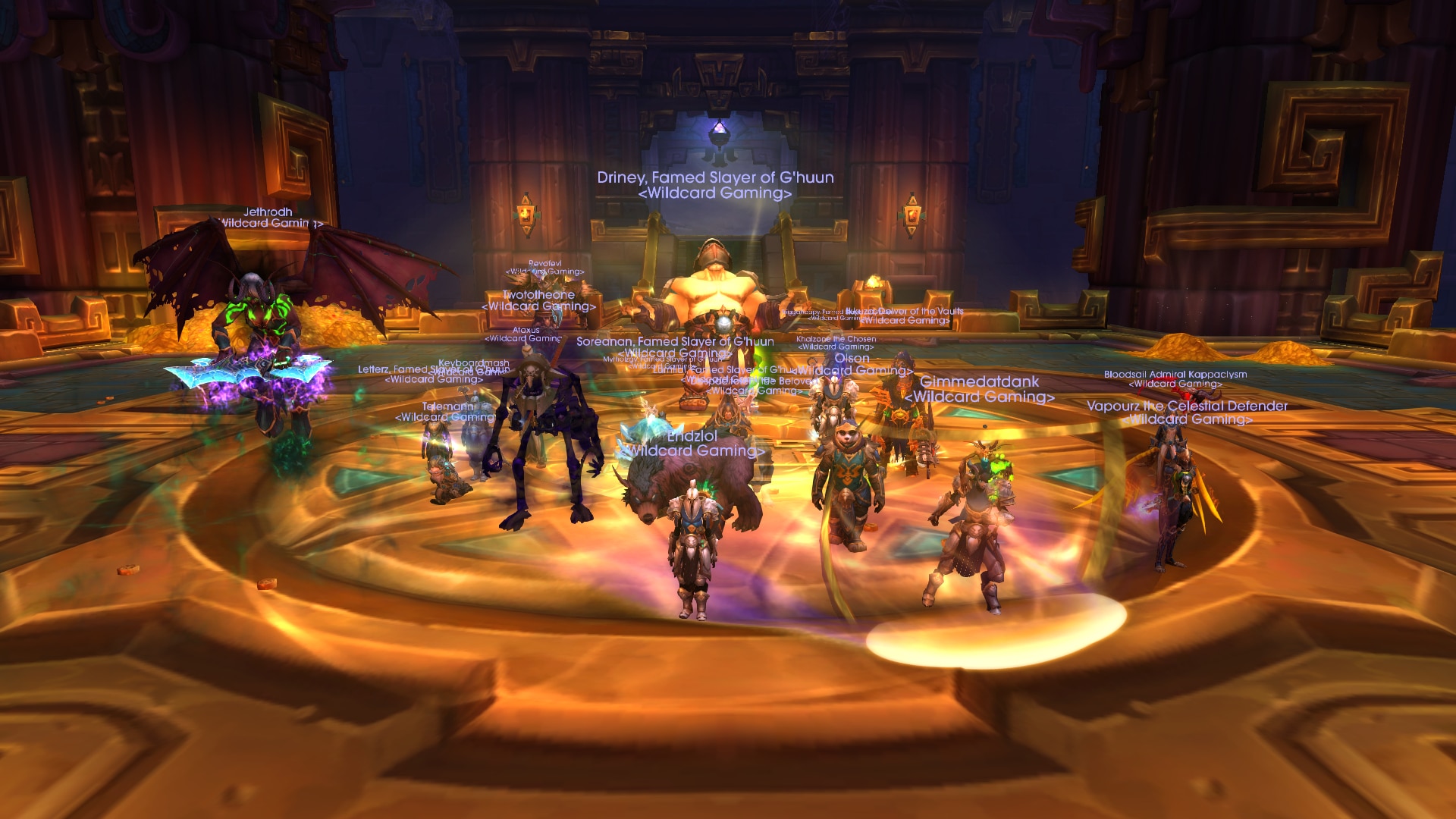 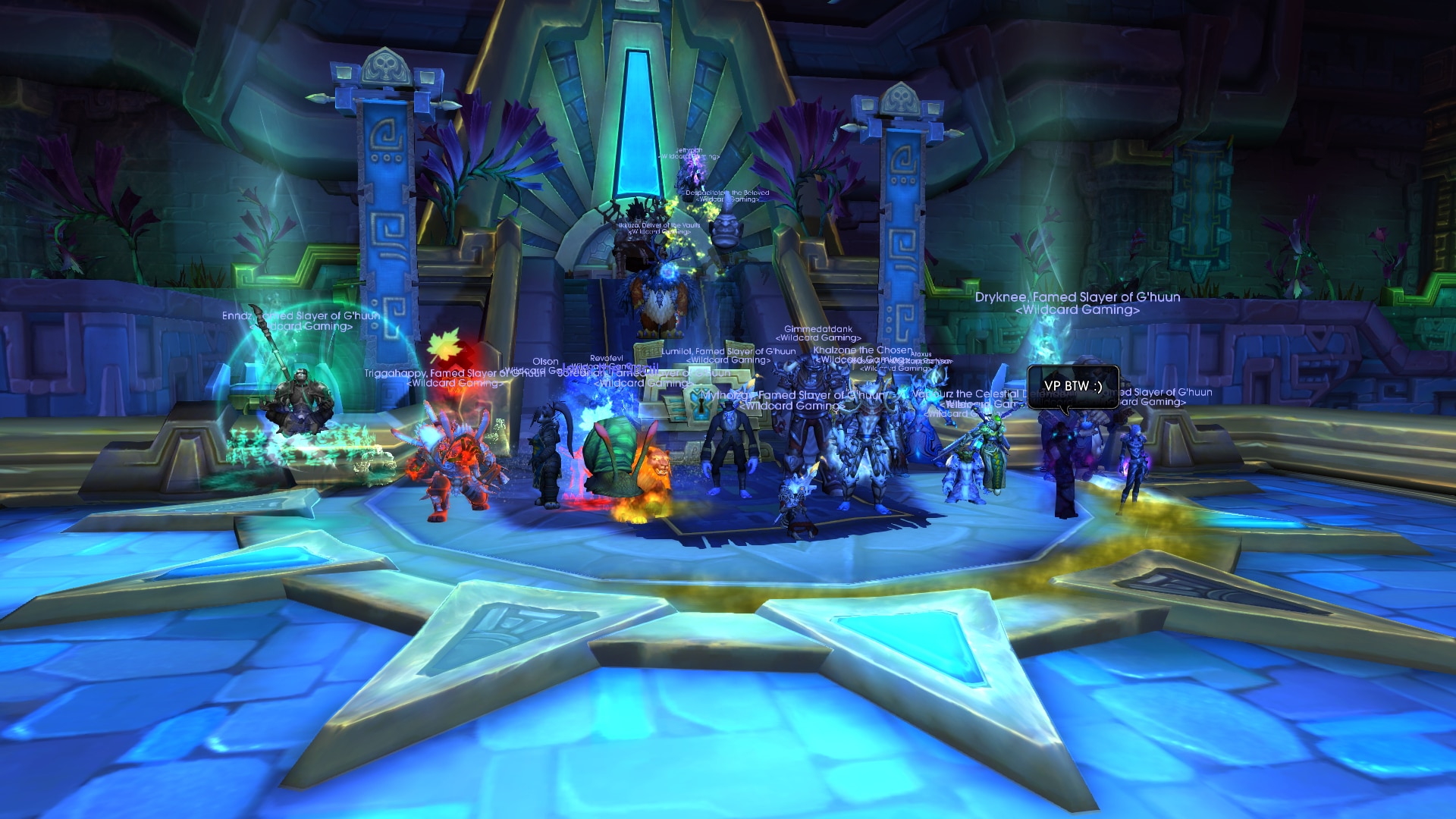 Wildcard Gaming is a top tier, leading esports brand with professional rosters in a variety of titles including PlayerUnknown’s Battlegrounds, Fortnite, World of Warcraft, Brawlhala, and Battlerite. Wildcard Gaming was formed with the idea to stabilize the uncertainty involved with the esports industry. Welcome to the elite, Wildcard is here to dominate esports at the Global Level. Join us, be a part of our family. #stackthedeck