Battle of Dazar’alor Heroic opened up on January 22nd, this last Tuesday and within a little over 7 hours, Wildcard Gaming had put to rest the almighty Jaina Proudmoore.  As all regions opened and joined the battle, Wildcard held on to the fastest clear time from server start times, and will remain on the leaderboard as the global #1 leader until mythic starts up next week.

Wildcard Gaming World of Warcraft will continue to run splits both with twitch viewer bases as well as the internal team in order to best prep for the upcoming war.  Everyone is very confident in the performance, but realize that while some are impressed with the heroic performance, it’s the minor leagues compared to the real Mythic ‘Show’ that every ultimately looks forward to.  As the gates open next week, the guild is set to stream live, with audio, for over 14 hours straight on opening day alone. The WoW Page on Wildcard.gg will be providing round the clock coverage and updates from performances around the world as bosses are defeated.  The site will also be hosting the top streamers within the guild. So don’t forget to stop by and catch the action from all angles and perspectives. We at Wildcard are excited to see everyone compete and are expecting ‘earth shattering’ result! 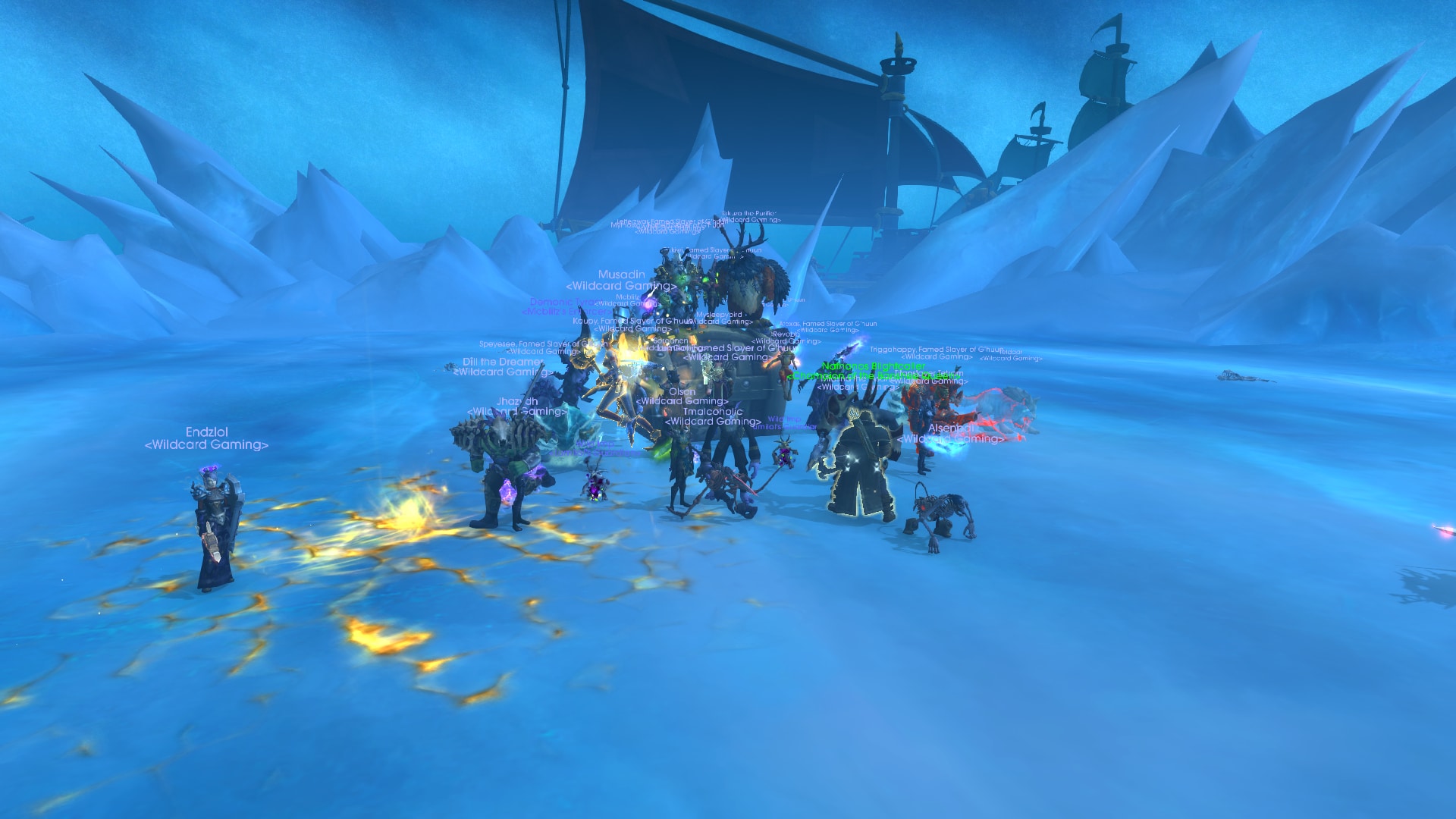 Our raid leader and Guild Master, Sean “TMSean” Silva will be streaming all of the action, calling out all the shots on stream.  Don’t miss a second of the race as wildcard makes their bid for top 5 world in season 2 of The battle for Azeroth.

Wildcard Gaming is a top tier, leading esports brand with professional rosters in a variety of titles including PlayerUnknown’s Battlegrounds, Fortnite, World of Warcraft, Brawlhala, and Battlerite. Wildcard Gaming was formed with the idea to stabilize the uncertainty involved with the esports industry. Welcome to the elite, Wildcard is here to dominate esports at the Global Level. Join us, be a part of our family.  #stackthedeck